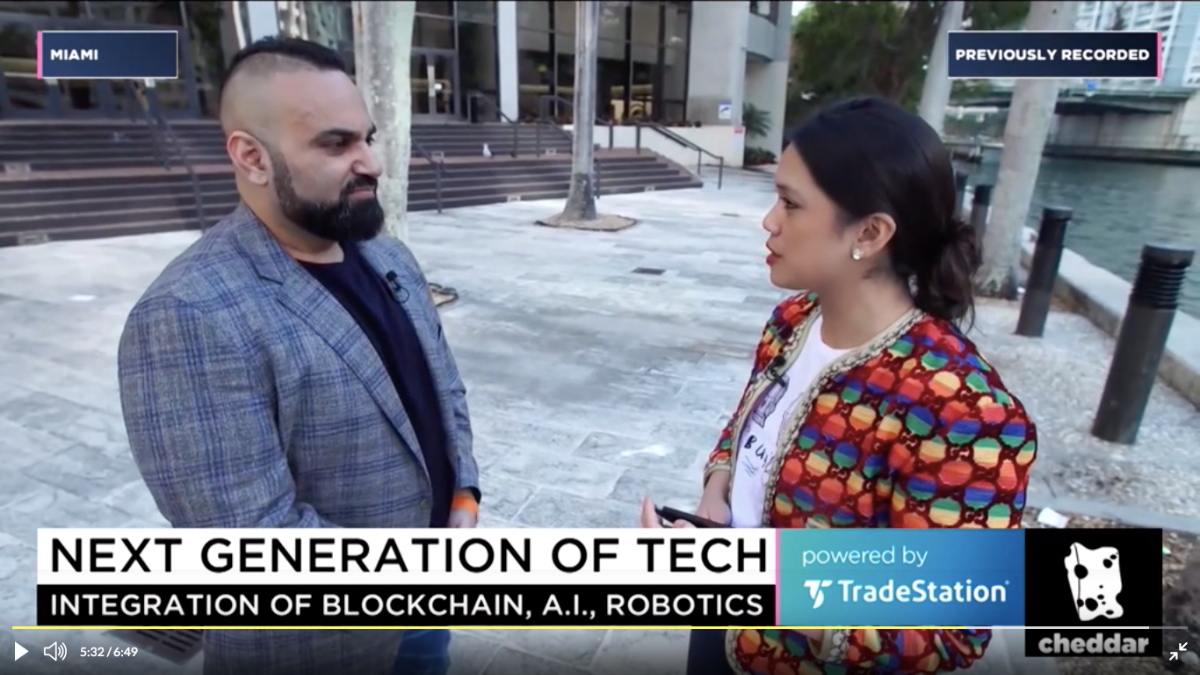 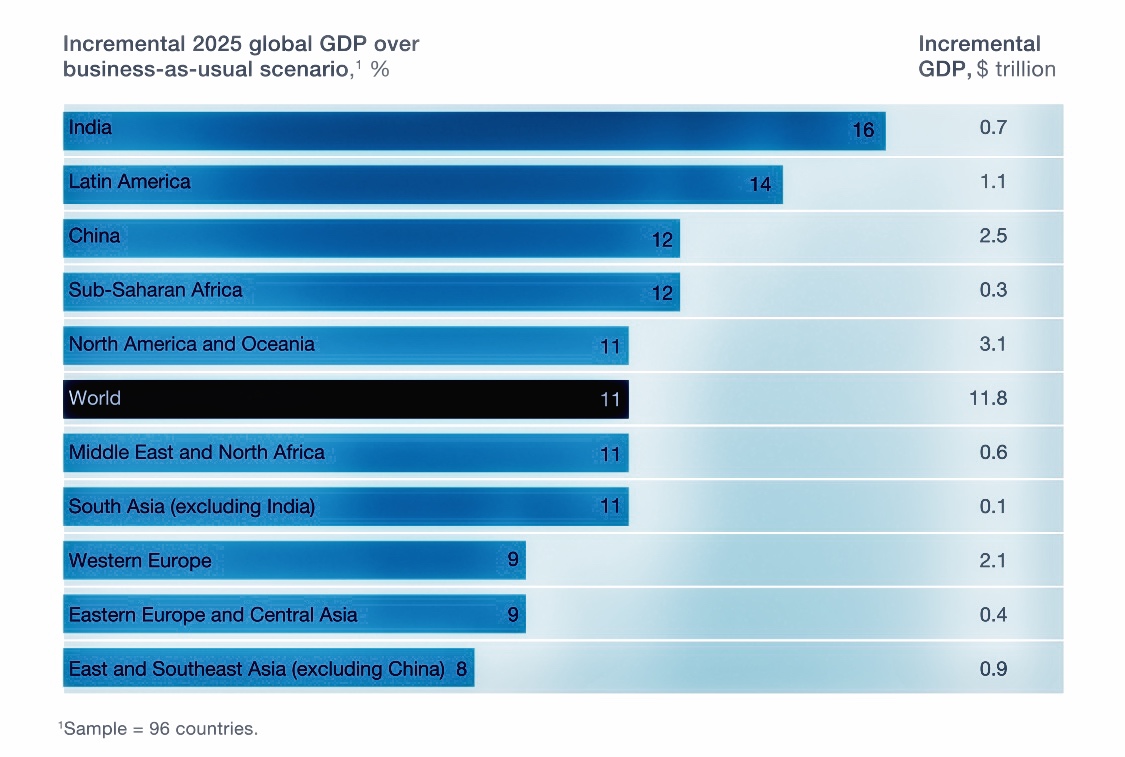 Knowing the economic and societal change happening in different parts of the world, and the role that emerging technologies are playing, helps to contextualize the world’s transformation in the digital age. Consider for example that India produces around 1.7 million graduates a year with science, tech, engineering, and mathematics degrees—more than the total of STEM graduates produced by all G-7 countries. Or that AI adoption could raise global GDP by as much as $13 trillion by 2030. Or even that over half a billion new jobs could be created from productivity and innovation in the next decade. At Rokk3r, we are strengthening and creating new infrastructures to enable, fund and scale this innovation and entrepreneurship for businesses, governments, organizations and startups at a global scale and beyond for the digital age. 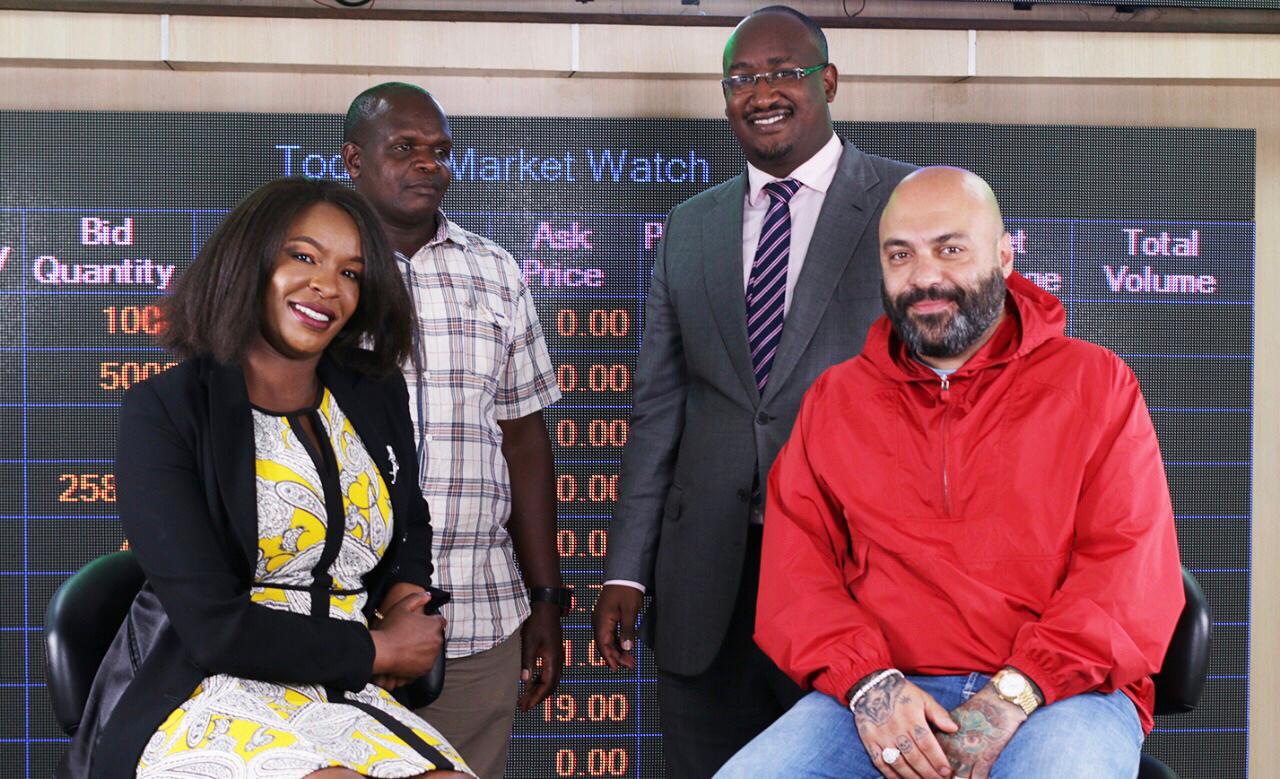 Yes there’s more to Kenya than just safaris, and there’s more to Kenya than just Nairobi, but that’s for another time. From grassroots efforts like the decentralized Sarafu Network leveraging SMS technologies and blockchain infrastructure to enable daily purchases, exploratory government led research into regulatory frameworks to meet crypto and blockchain innovation, IBM partnering with a local Nairobi B2B logistics platform to intro blockchain based microfinancing, to now what is promising to be the world’s first ETF listing that will further cement regulation and open up a new asset class to investors. Cautious yet elated optimism for Kenya’s blockchain future.

Make Way for Generation Z in the Workplace 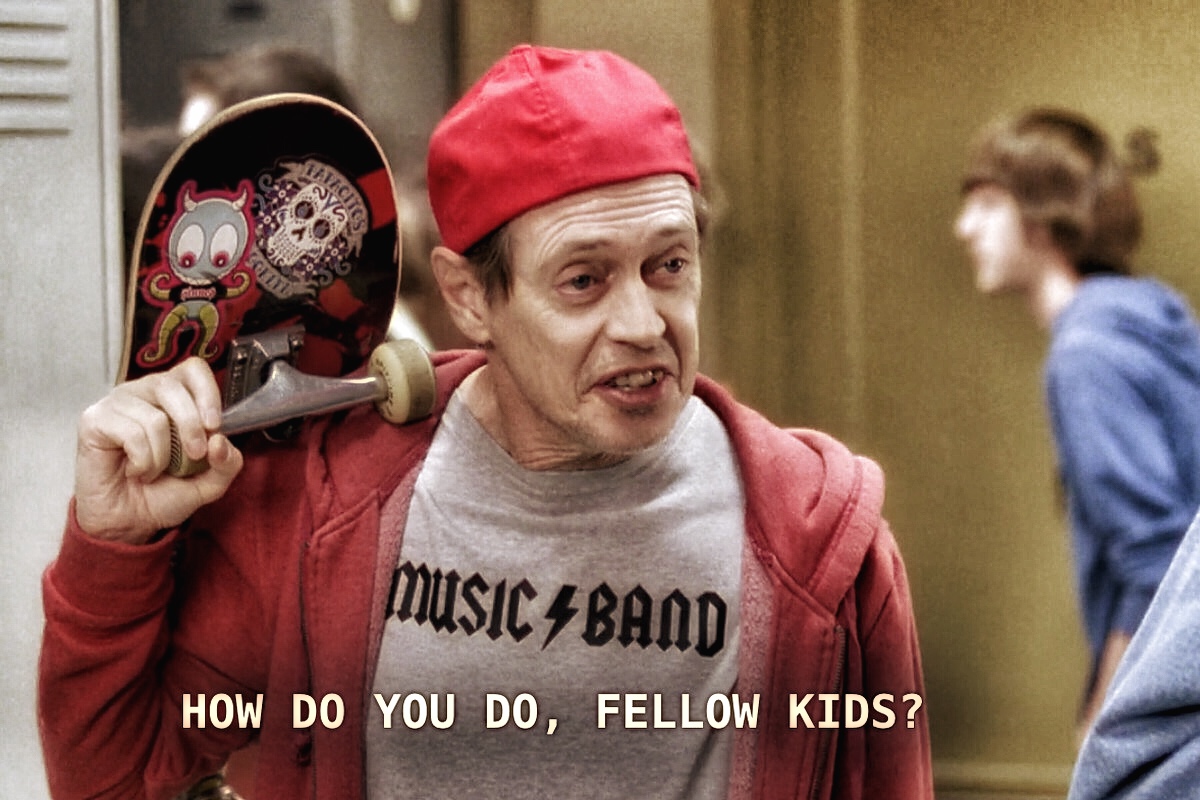 Adopting a singular management mindset for your company can be a recipe for disaster. Never has this been more true than today, when workplaces are full of multi-generational teams bringing varied life and work experiences into one microcosm. Generation Z, those born after 1995, have grown up in a fully connected world that has evolved past traditionally understood setups of relationships, professional aspirations and most interestingly, hierarchical perception. And more importantly, it’s this generation that is becoming a larger percentage of the workforce.

Why your new heart could be made in space one day 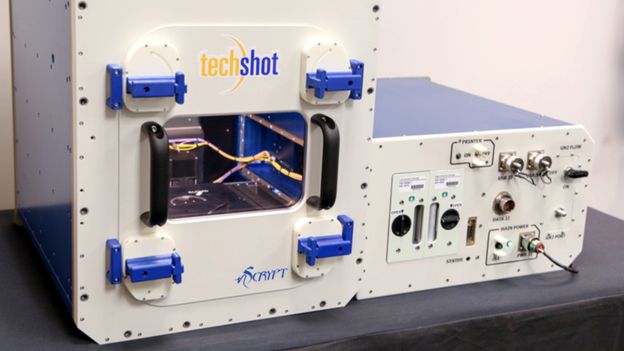 The sci-fi nature of progress can seem overwhelming at times. Yet, consider that there exists space-based manufacturing companies like Made in Space (which already has two 3D printers aboard the International Space Station), Techshot (which aims to grow complete human hearts in space), and many, many others across every industry that are pushing the boundaries past linear innovation. Monitor progress, ask critical questions, and most importantly, remain curious.

If you’re still learning about the blockchain, Security Asset Tokens (STOs) may not have come across your radar. Think about them as assets that signify ownership. With that as a baseline, this article really expands your mind about what other opportunities exist with these digital assets. For the more initiated, the premises of value based on a dynamic pool of underlying assets will really get you thinking.

3 Keys That Will Help You Survive the Fourth Industrial Revolution 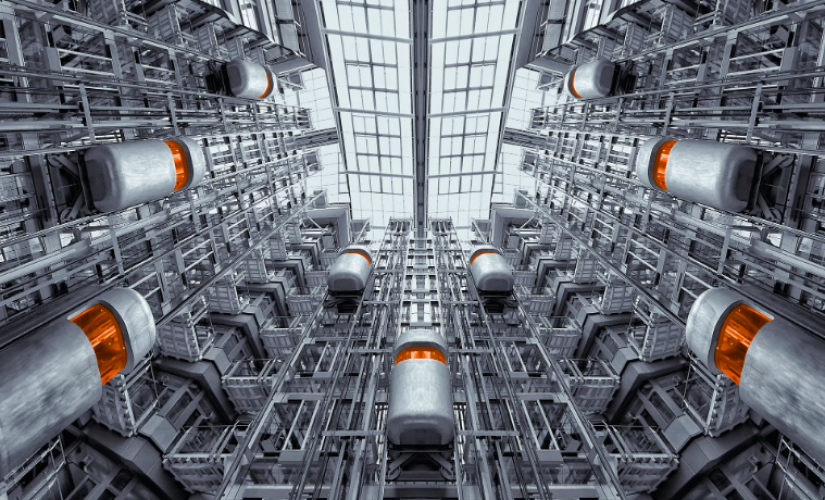 When I say ‘industrial revolution’, what images come to mind? Based on time that has passed since these historic changes, it seems almost comical to think that we are in an industrial revolution of our own: the Fourth Industrial Revolution. Technologies like AI, synthetic biology, Internet of Things, and robotics are powering colossal disruption. Strategies to stay prepared and stay competitive now are more crucial than ever.

E-Sports Is Beating the Competition

It’s not the NBA, NFL, the Premier League or any other traditional sports league that is poised to experience the most growth. Close to 500 sports industry leaders across the world are looking to Electronic sports as the fastest growing, with revenues of 1.6B forecasted by 2022. The world’s biggest brands such as Toyota, Intel, P&G, and more are already engaged in sponsorship with individual e-Sports teams and leagues. Major networks like ESPN and Disney have already signed deals with video game makers to broadcast leagues and tournaments. Even VC investing in e-Sports startups reached almost 2B in 2018. By all accounts and measurements, we are in the middle of a sports revolution. 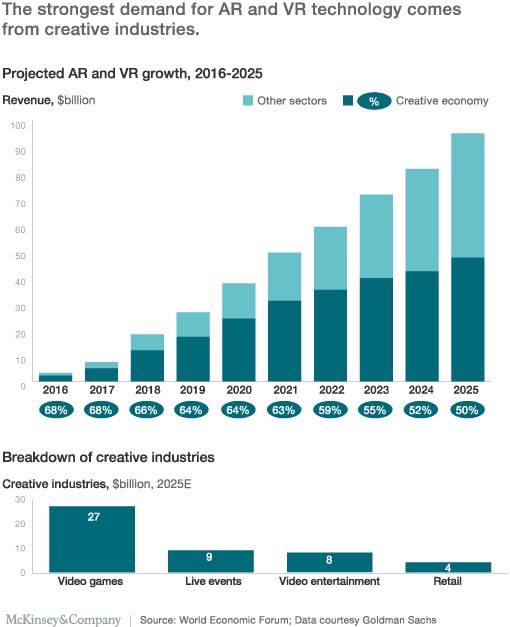 Not many technologies have blurred the lines between the digital and real worlds quite like Augmented Reality (AR). Consider tech that integrates the digital world so comprehensively that info about the real world becomes interactive. Education, Health, Marketing, Tourism, and Auto are all industries that have already begun implementing AR solutions. Studies predict a 3x increase of the current AR adoption rate, which sits at approximately 13%. 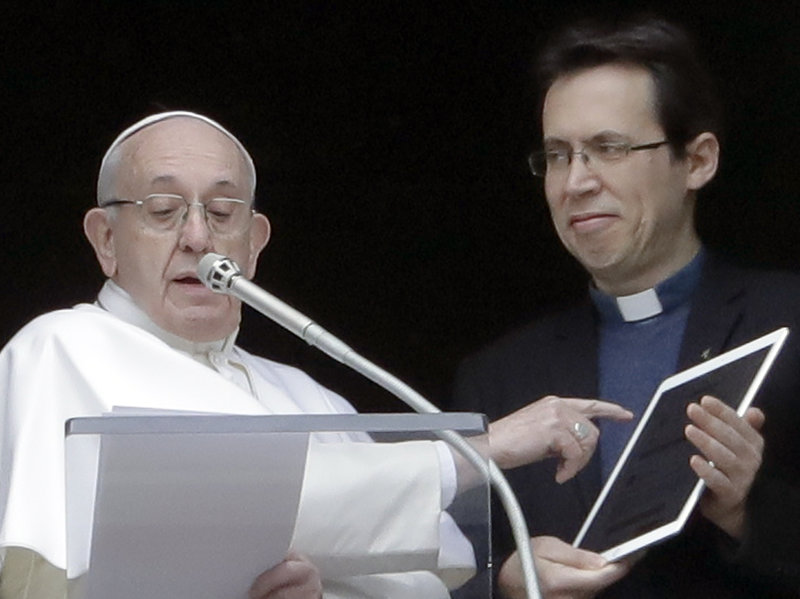 Growth in global internet connectivity has been the major characteristic of our new digital age. Consider 4 billion people connected online around the world, and that number continuing to grow in the coming years. On top of that, the average internet user spends close to 6 hours a day using their devices. Even the most traditional organizations and industries are going to make an effort to meet people where they are. 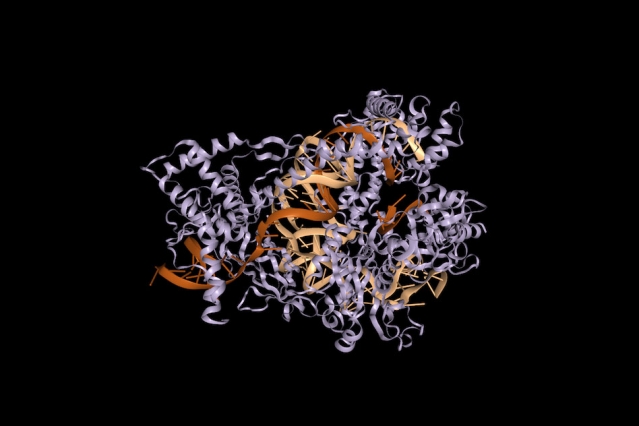 Arguably the biggest technological advancement we’ve seen in recent times has been the ability to modify genes. CRISPR/Cas9 is the tech used to edit genes within an organism. In a simplistic way, the Cas9 enzyme can be thought of as molecular ‘scissors’ that facilitate modification. It’s hard to comprehend that innovation can go beyond molecular scissors. But scientists have engineered another CRISPR system, Cas12b to improve on the capabilities of Cas9.

China’s Waymo rival quietly launched an Uber-style app for driverless cars, making it one of the first to do so

Tesla always takes up real estate when it comes to discussing a driverless future. However, there are many other companies that are working with self-driving technologies. pony.ai is one such billion dollar company. Except in this case, it doesn’t make the car, just the software. Right now they’re operating within a fixed location and area but will expand reach and operations further in 2019. All things considered, the complexities around sharing the road with non autonomous vehicles, required government legislation, and more, has proved to be an almost unbeatable challenge. That’s why a generally accepted principle when it comes to driverless cars is to consider geographies of saturation vs a large scale global transition. For example, Lyft and global auto parts company Aptiv completed over 25K trips using autonomous vehicles in Las Vegas in 2018. There’s so much more to come in this space.

“Seven years of Velocity Fund pitch competition has led to 91 grant-winning startups that are now valued at over $1 billion.” The University of Waterloo’s Velocity startup incubator has changed the face of entrepreneurship in Canada since launching almost a decade ago. Some significant companies to come out of Velocity include Maluuba (9-figure acquisition by Microsoft), BufferBox (8-figure acquisition by Google) and more. Y Combinator President Sam Altman has previously said that the density of Y Combinator companies in the Waterloo Region is greater than anywhere else outside of Silicon Valley.

January 23rd will see the presentation of Europe’s first Ethical Charter on the use of AI in judicial systems. Rather than the age old Tom Cruise Minority Report joke/reference that everyone brings up for this subject, what we have here is an actual framework of compliance within the lenses of data protection, human rights, etc for policy makers, legal professionals, the private sector to follow. It will be events such as these, which fuse execution with reality that will help to ensure a proper path forward. We have a long way to go, but we’re seeing how AI is being cautiously, yet successfully, integrated into traditional industries to push them forward. One of the most fascinating examples is healthcare – from AI-assisted diagnosis (some studies have shown a success rate of 93% in detecting cardiac arrest vs 73% for humans), to image analysis (up to 1000x faster than human image analysis), to robotic surgery, and more.

How Crypto is Transforming Venture Capital

I was fascinated early on by what cryptocurrencies would mean for the venture capital industry. It’s been nothing short of remarkable. Very, very few funds, and the minds behind those funds were ready for what was coming. Consider your traditional understanding of how deals are done. Those standard frameworks and agreements had to evolve very rapidly to meet the growing needs of innovators. I’ve been known to say many a time in my talks and fireside chats, that “entrepreneurs don’t wait for governments, they don’t wait for the private sector and they don’t wait for the customer.” This couldn’t have been more true in how the VC industry was transformed by crypto, on a global scale. You saw innovators moving so fast, that everyone else had to play catch up. Fast forward to today where we now have 900 crypto funds ready to propel blockchain innovations.

“The form and choice of material of this cryostat — stainless steel — is meant to convey coldness and advanced engineering. Inside, the quantum chip is held at a constant -273 degrees centigrade, a temperature colder than outer space.”

How Robots Will Transform the C-Suite

In my conversations with board members and executives across many different industries, organizational change is one of the major points I constantly have to reiterate. I’m shocked by the number of decision makers that are oblivious to not just the impacts of exponential technologies on their industries, but arguably more importantly, the impacts within their teams. The world is going to see 4 billion people connected online, in some cases over 20% of jobs that will be invalidated by automation in the coming decade, and growing daily interactions aided by technologies. This will require a radical transformation at the C-Suite level and in boardrooms to ensure that workplaces are adequately prepared to meet the needs of changing work environments and the changing nature of work itself.