The intersection of exponential technologies is paving the way for many anticipated innovations, including a brain-reading computer interface from Facebook. In other words, getting rid of voice commands and typing, and instead simply imagining what you want to say. Applications could include assisting people with medical conditions, amongst other functions. The idea of using tech to augment the brain might sound familiar to those who remember Ray Kurzweil’s TED talk on hybrid thinking (using nanobots that will connect part of our cerebral cortex to a synthetic neocortex in the cloud), and more recently, Elon Musk’s Neuralink that is developing brain-machine interfaces capable of transferring large amounts of data using flexible ‘threads’. 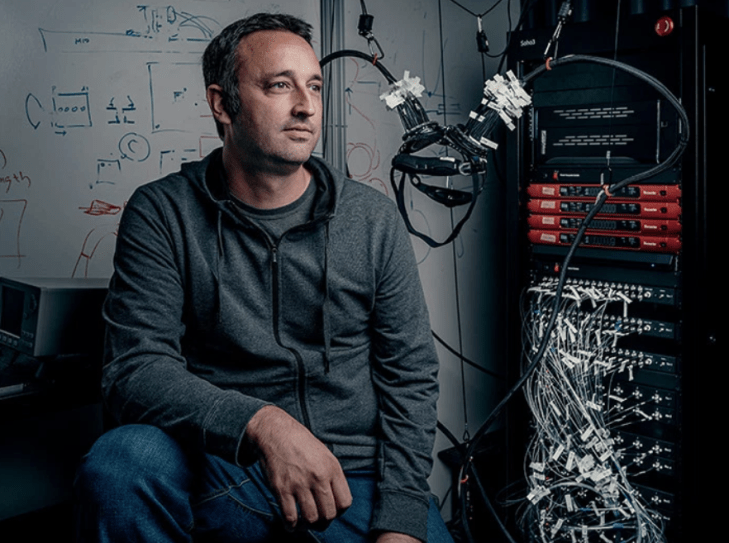 Previously, I noted the partnership between software platform Olis Robotics and hardware company Tethers Unlimited that will produce a remote-controlled system for in-space manufacturing processes. Now, SE4, a software-for-robotics company combining AI and VR (virtual reality) is working to initiate “off-world robot-driven industries”. In a nutshell, just as companies like Facebook and Neuralink are developing brain-machine interfaces for humans (see above), other companies are working to develop human-machine interfaces for robotics – in this case, SE4’s approach to have robots execute complex tasks, virtually.

Back on earth, the competition for eyeballs in the world of video game streaming continues to heat up. Amazon-owned Twitch remains the platform of choice with a staggering 2.7 billion hours watched (approximately 72% of all live hours watched) in Q2 2019 compared to 702 million hours for YouTube Gaming, and a mere 119 million hours for Microsoft’s Mixer platform. With this in mind, eSports phenom Tyler “Ninja” Blevins (one of Time Magazine’s 100 most influential people in the world) signing an exclusive deal with Mixer signals Microsoft’s intentions for their piece of the highly valued eSports market. 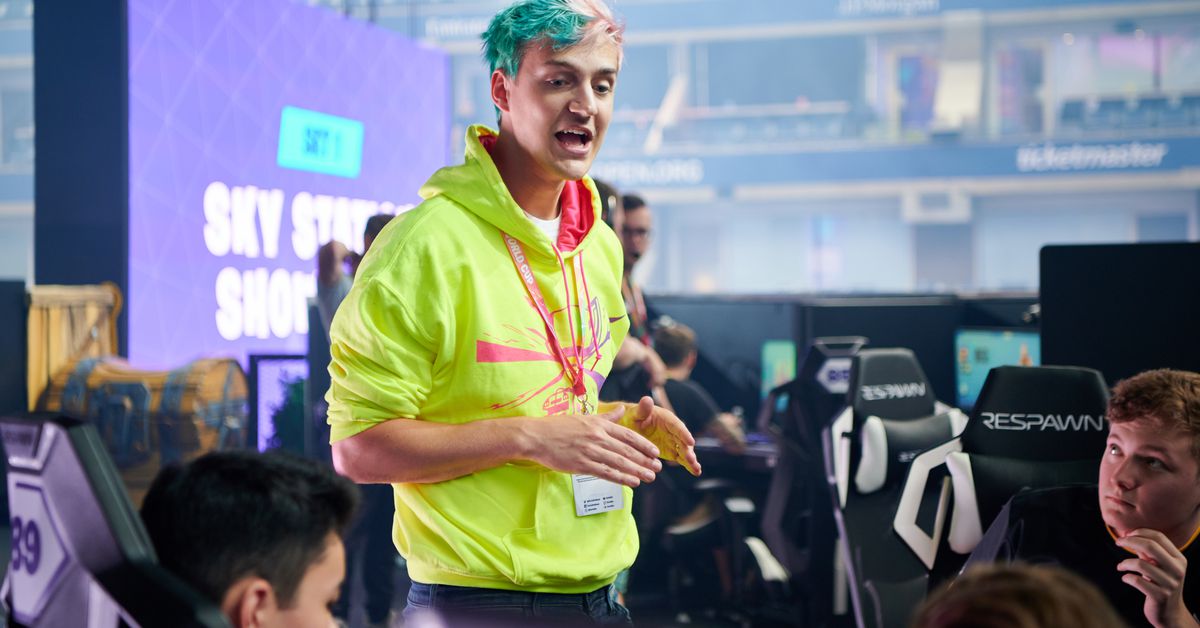 The value of video in the world of ecommerce has increased dramatically over the past few years. We are seeing the proliferation of video content across the global ecommerce landscape, with growth in China being particularly captivating. Taobao, the largest ecommerce platform in that geography increased sales to $15B+ in 2018 through livestreams: a 400% increase from the year before. A commerce evolution is in progress as online video storytelling is being used to attract consumers, improve the online purchase process flow, and increase convenience within ecosystems. I have been sharing regular updates on how robots and drones are being leveraged with greater frequency to serve an anticipated $29B logistics and delivery market. With new, real-world implementations being demonstrated daily from established brands and new innovators, it is crucial to reconfigure our paradigms of thought around shipment and delivery in today’s digital age. Consider for example: Amazon’s California deployment of Scout bots, Postmates’ San Francisco lineup of Serve robots (similar to Wall-E) for office and home delivery, Zipline’s Ghana launch of 30 drones doing 600 flights daily to 2000 health facilities across Ghana, UPS’ new drone delivery subsidiary, University of Alaska Fairbanks and the FAA’s first approved beyond-line-of-sight drone flight, and many more. Whether delivering your favorite breakfast to your home, a life-saving kidney for an emergency transplant, or catching rocket parts falling from the sky to make reusable rockets a reality, drones and robots are increasingly evolving day to day life and the way traditional industries operate, while creating new industries. 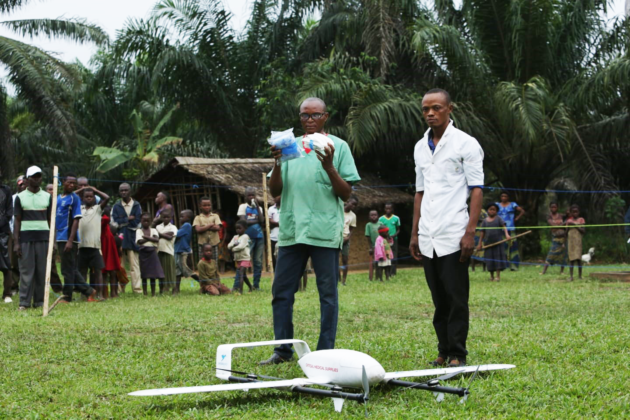 We are forging ahead to achieve the estimated $1T (Morgan Stanley) space economy, and seeing the different aspects of this market start to become visible. Reusable rockets are a core characteristic of making space travel affordable. From space tourism to ‘rideshare’ for small satellites (think Lyft or Uber but instead of passengers, it’s satellites), recapture is key. New Zealand’s Rocket Lab is going so far as to capture first stage boosters midair using a helicopter. Elon Musk noted the following when referencing the importance and value of catching these pivotal parts: “Imagine you had $6 million in cash in a palette flying through the air, and it’s going to smash into the ocean…Would you try to recover that? Yes. Yes, you would.” 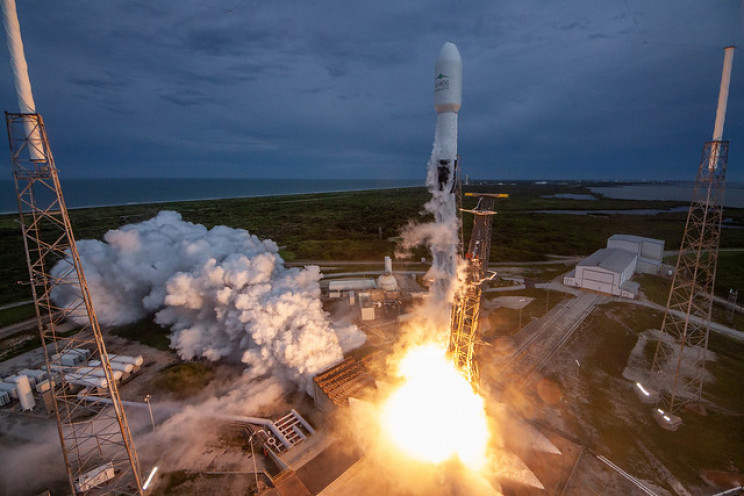 Previously, I noted droneships and helicopters catching rocket parts to highlight the heterogeneity of a projected $1T space economy. Commercial space flight is a compelling part of that economy, and continues the march from hypothetical to reality with Jeff Bezos’ Blue Origin and Richard Branson’s Virgin Galactic demonstrating repeated successful test flights. Now, Virgin Galactic has let the world get a glimpse of their Foster + Partners-designed Gaia space tourist lounge. With over 600 reservations for spaceflights, Virgin Galactic continues to inspire confidence in the expanding space economy and in the public markets as it prepares to become the first publicly traded space-tourism company in the world.

28 billion hours played since 2008, 1.2 billion total engagement hours each month, and 2.7 million peak concurrent users – you may not have heard of the massively multiplayer online game creation system and platform Roblox, but this gaming platform has grown to a $2.5B company with estimates that half of US children between 9-12 years of age playing. It has approximately 100 million monthly users, which is almost 10 million more than Minecraft. And, industry measures show that kids spend 2.5x more time on Roblox than YouTube. The soul and quintessence of Roblox, its developer community, is responsible for creating the various games and experiences within the platform that is driving this profound growth. 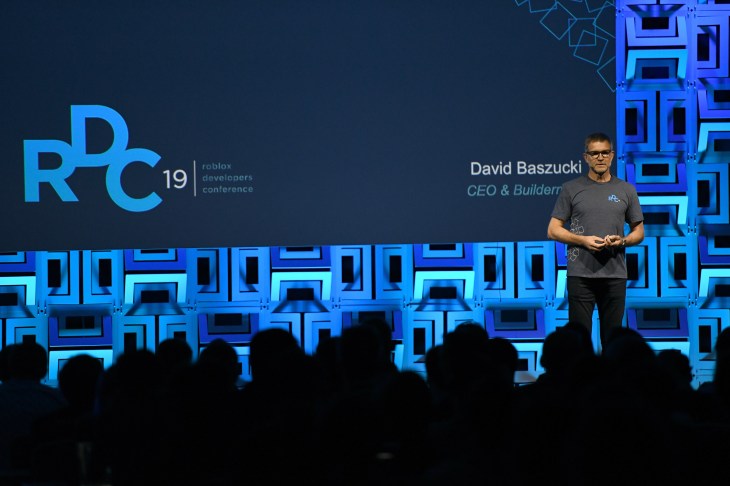 Nike rolls out a subscription service for kids’ sneakers

From music to automobiles, numerous industries are beginning to notice a shift in their structures, in-part due to a changing consumer preference from ownership to subscription; what has been called, the subscription economy, galvanized by exponential technologies. Industry stats show that across North America, Asia Pacific and Europe, sales for subscription companies have grown 300% in a little more than half of the last decade (growth that is 5x faster than S&P 500 company revenues, according to Zuora’s Subscription Economy Index). How are businesses pivoting to meet this evolving consumer preference? Nike’s move: Nike Adventure Club, a tiered ‘sneaker club’ subscription service with personalized and green-friendly components. 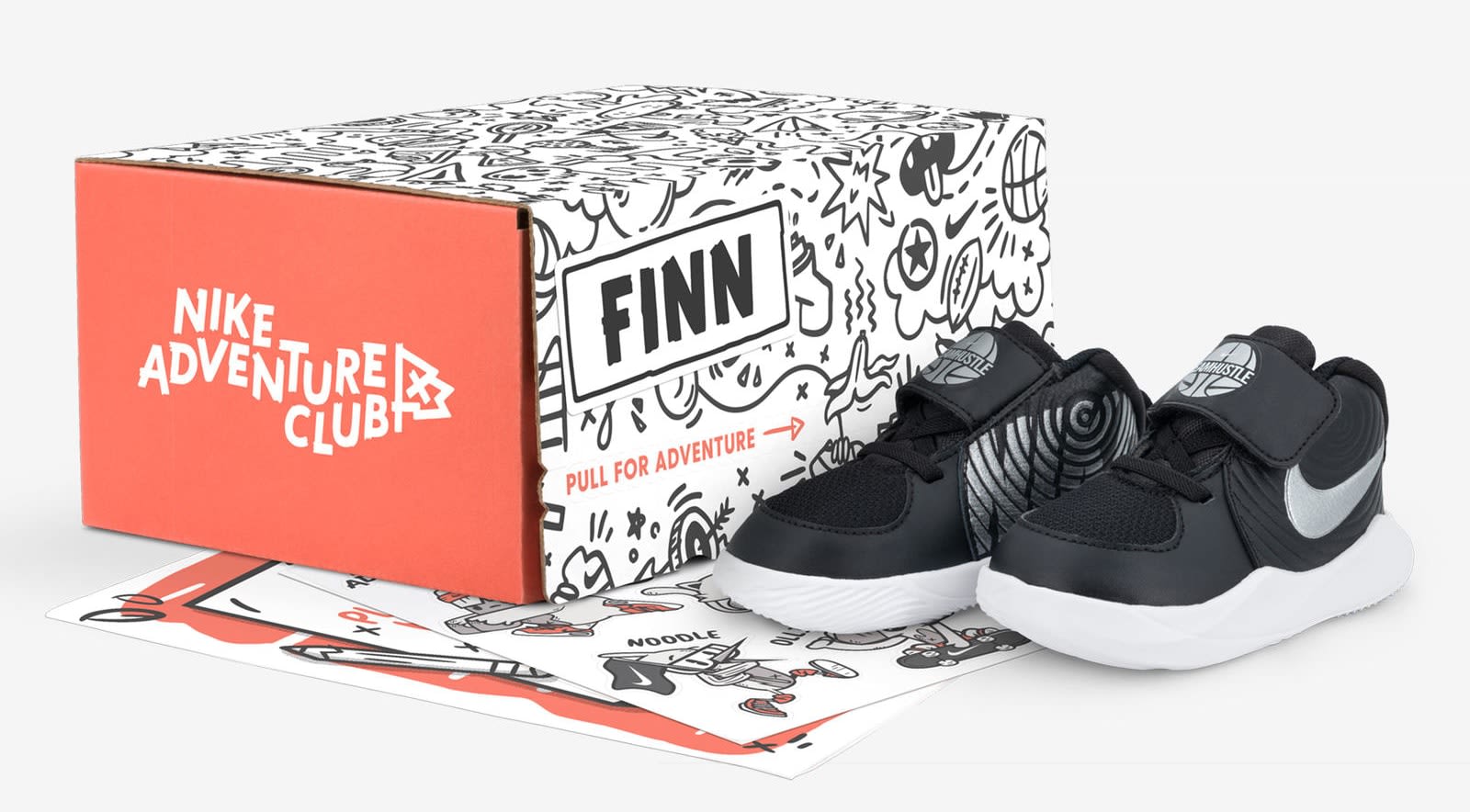 As self-driving tech continues to become more ubiquitous, it’s easy to lose sight of the underlying exponential technologies driving a most monumental industry shift. For Tesla, the ‘brains’ of its most prized differentiator rests in 6 billion transistors making up the processing circuitry of each of their AI chips. These chips, which perform 36 trillion operations per second, are helping Tesla distance themselves from competitors as they aim for full-self driving capacity, even on local streets. This is an important moment to realize two key things: 1) intersecting exponential technologies inexhaustibly progress innovation, and it is only our imaginations that will keep us from understanding the trajectories of future impact, and 2) as full self-driving becomes reality, consider the follow-on impacts on other traditional industries such as insurance, hotel, and entertainment.

What Is Conversational AI?

Financial services, retail, and healthcare – a small sampling of industries that are evolving as a result of progress in conversational AI. This technology is being most actively used for intelligent voice assistants to grasp context, better capture nuance, and respond intelligently to humans. Industry leaders note that in less than two years an estimated 50% of searches will take place via voice, and by 2023 roughly 8 billion digital voice assistants will be in use, completely remodelling relationships between companies and customers. Interestingly, Facebook has been making strides in this area as well through what is called Natural Language Inference. This permits models to be trained with the aim of improving specificity, empathy, and knowledge recall. Consider the radical shifts taking place in customer engagement and interaction, both inbound and outbound, as a result of conversational AI. 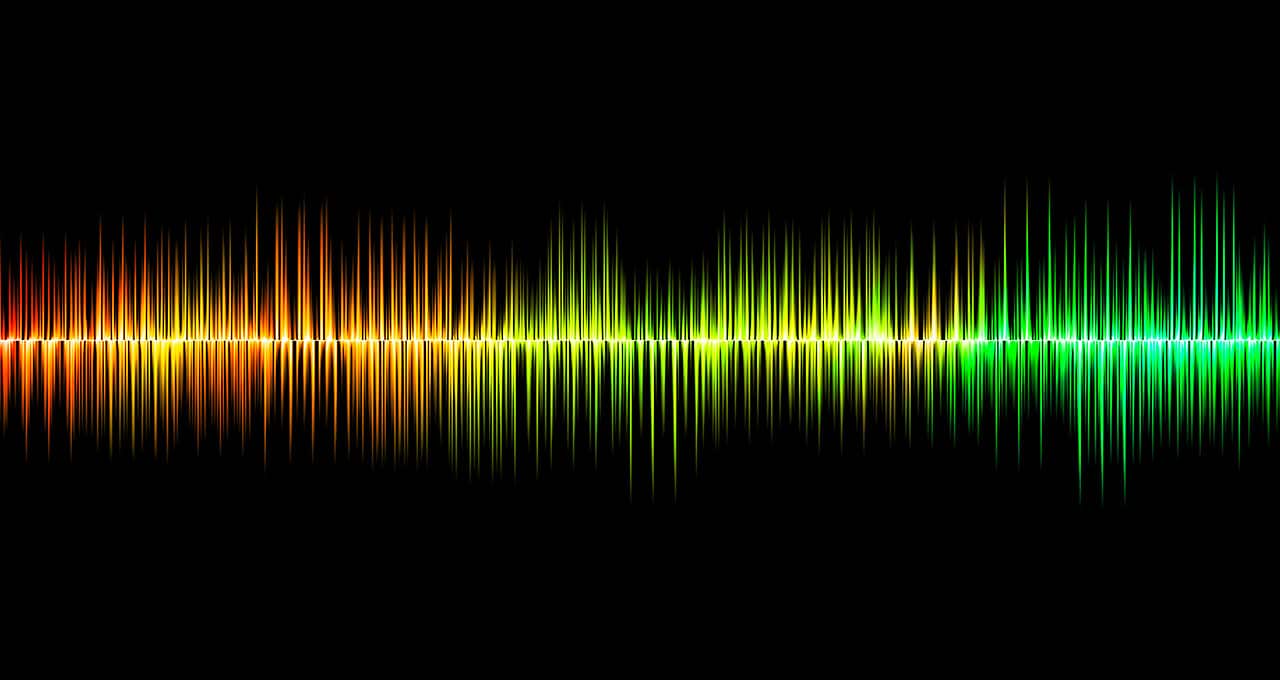 Nvidia CEO: AI is the single most powerful force of our time

From stories and insights I’ve shared previously, it’s clear that I have been making a critical effort to help you understand and contextualize just how big of a deal artificial intelligence is as a set of disruptive technologies, and the importance of thinking about its impact to your industry. ‘On-the-ground realities’ combined with expert observations and stats are showing us just how extensively key industries that impact our daily lives such as health, transportation, agriculture, banking, education and energy are being transformed across every strata, with never-before-seen industries being created almost daily. Whether it’s Gartner’s 2019 CIO Survey showing AI implementation grew 270% in the past 4 years, McKinsey’s estimates that AI could raise global GDP by close to $13T in the next decade, or a host of other key findings – one thing is for certain, AI considerations should be informing your paradigms.